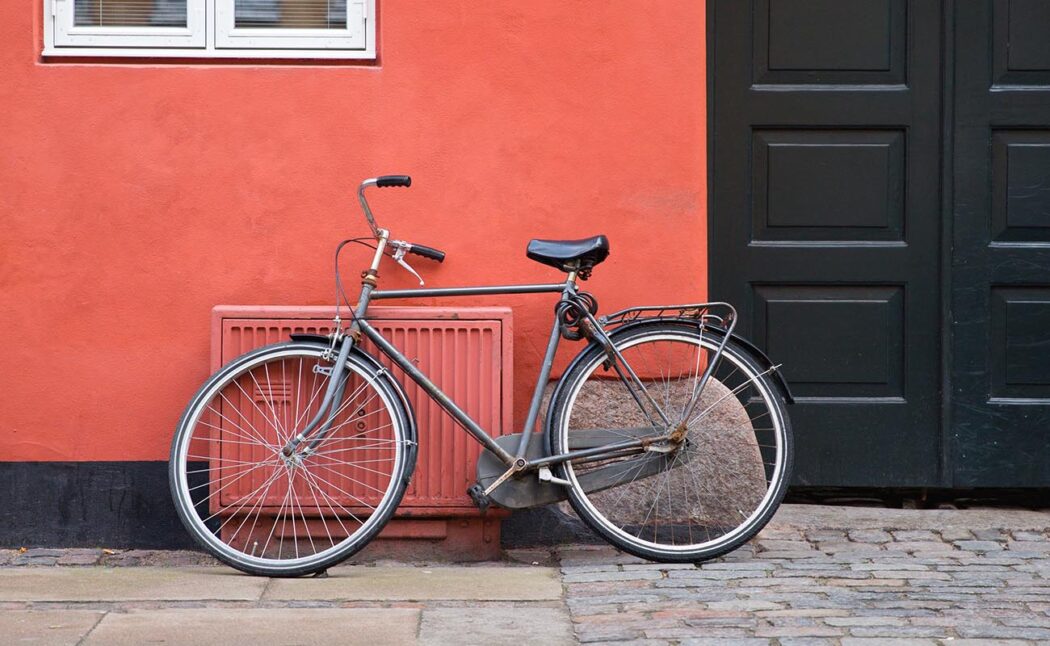 Hello and welcome to a guest blog post from Stephanie Lindqvist. Stephanie went on an awesome bike tour to USA & Canada, and has started to write a blog all about it. This post is all about getting out there and exploring the World by bicycle!

”You did WHAT?” Yes, most members of the bike touring family will get this phrase thrown at us at least 100 times in a lifetime, it’s a fact. What we do - ride our two-wheeled besties across landscapes, countries and continents - is obviously not the first thing normal people would associate with the term ’holiday’. Adding up the number of times I’ve been asked to explain the phenomenon of bike touring, it would have been more efficient to record myself repeatedly saying ”it’s not that far” or ”no you don’t need to be in great shape, I barely moved my butt of the couch for 6 months prior to sweating up the infinite hills of the Canadian Rockies”. But then there is the joy of satisfying my ego, and we all know how the heart beats a little faster every time you get to tell the audience about your trip.

How do I compress two life-changing months into one blog post? It’s a tricky task, but before I tell you about it I have to rewind the tape a little.

In August of 2014 I was working at the Disneyland resort in Paris. I was 22 years old and had a blast learning French and meeting up with my new friends most nights for the after-work beer. However, after a few months my contract came to an end and I realized I had spent more time and money partying than actually exploring my surroundings and learning something. The realization hit me hard, so I went to the sports shop and bought the cheapest bike I could find and started pedaling from my home outside of Paris. About a month later, with barely no planning and a way too heavy backpack I arrived in the south of France with a new diagnose called bike touring. That was it, I was in love. No turning back. I needed to do this again, but in a bigger scale.

I started my big trip from Victoria, BC in early May last year. The amount of preparation in terms of gear, route planning and training, again, was close to none. Since it is impossible to find and try out a touring bike for a tiny person like me in Sweden, I had to order one online, have it shipped to Canada and hope for the best. Luckily, it was a perfect match.

On my journey, I met loads of curious people everywhere I went and received the typical questions I assume anyone on a bike tour has heard. They would ask me what the heck I was doing and why I did this voluntarily, where I started and where I’m headed and responding with the mandatory ”wow that’s a long way!”. There’s always a bunch of things to find out about someone's journey, so here’s a little compilation of facts:

As mentioned above, my trip started in Victoria, BC and finished in NYC. The total mileage was roughly 6000km, 4100 of those spent on my bike and the rest in a train, in cars and one tow truck (so sue me for cheating!). I went through 6 Canadian provinces and 7 American states. I mostly passed through small communities, forests, prairies and mountains, but also got to see the bigger cities of Calgary, Saskatoon, Winnipeg, Toronto, Montreal, Quebec City and Boston. I slept in a tent in the beginning, but pretty soon I realized it’s so much more rewarding to take help from Warmshowers and Couchsurfing members. We would have dinner and breakfast together while sharing life stories and inspiring each other. During the days I’d mostly eat hamburgers and whatever was offered along the way, accompanied by gas station snacks and pepperoni sticks. Is this an ultimate diet for bike touring? Hell yeah. Oh and let’s not forget the countless pit stops at Tim Hortons for donuts and free wi-fi. I think I’ll try to get a sponsorship next time..

Anyway, the most important thing here is that I freaking made it. And so can you! Seriously. Just do it. Here’s some advice that will help you get through your days when you’re finally on the road:

Warmshowers. Pretty obvious for some of you, I hadn’t heard of it before. I saved loads of money on accommodation and food, but the part that I’m most grateful of is that I met so many people (and dogs, shout out to Hubble the pug) that were willing to share their stories with me. Thank you thank you thank you. Also, local people are better than Google maps.

Don’t overthink it, not in the planning nor in the moment. It will be fine. My chain fell off in the Rocky Mountains while a bear was looking at me from across the road, still I am alive to tell the story (thank god I had bear spray with me though).

Cheat, it’s fine. I took the train all the way from Winnipeg to Toronto because I was bored after the prairies and didn’t feel like spending another couple of weeks away from civilization. Did I feel bad about this decision? Before boarding the train, yes. It ended up being one of the coolest experiences ever. Spending two days on a train with the same bunch of people was like summer camp for adults where we played music, sang and laughed together. So do it, bike touring isn’t about mileage but the adventure.

Music! I had a little speaker in my handlebar bag, and started every morning with Lou Reed’s Walk on the wild side to enjoy some soft tunes before the caffeine kicked in. Hours on the road can get lonely and boring, and listening to the nature is only cool for so long, am I right. Listen to a podcast or your favorite playlist, or don’t. Ah, you see, it's all up to you because there is no other time in life you will be as free as you are on a bike tour.

So enough of me ranting about how awesome bike touring is, now it's your turn to start your own adventure. As long as you have the will, you're good to go I promise. Don't let the internet scare you off with posts about how much money it costs or how important it is to have the latest gear because in the end it's all up to what's in your heart (cheesy but true). And if you need motivation or advice, I'm here for you. See you on the road!

Category Places
The most picturesque village in North Goa lies between the roads leading to Anjuna and...
READ MORE 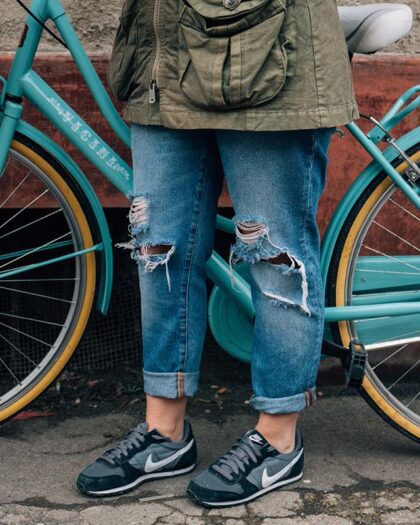 vamtam-theme-circle-post
Category Places, Wheels
Hands up if you have ever suffered with pain or discomfort in the wrist and hand areas when cycling.
Tags electric, sunny, trip
READ MORE 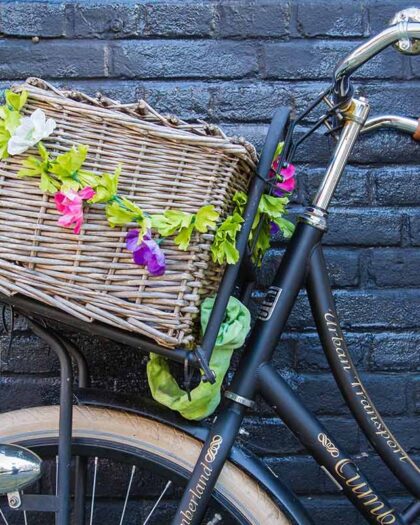 vamtam-theme-circle-post
Category Places, Road
Many of us cyclists are guilty of only taking care of one thing - your pride and joy that is your bicycle.
Tags Gps
READ MORE 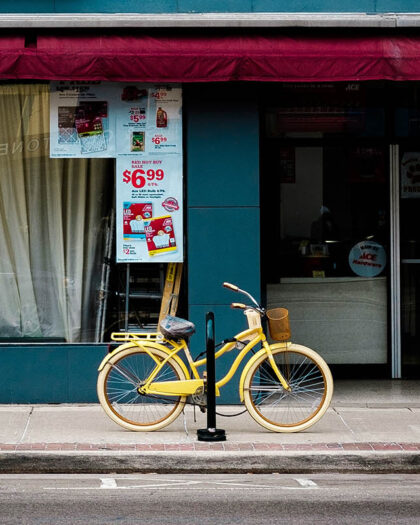 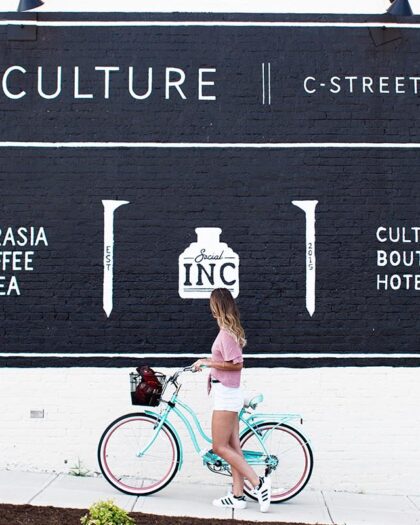 vamtam-theme-circle-post
Category Road
We are building a network of cyclists, ready to meet up and help other cyclists visiting their local area as part of a cycle tour, or even a simple bike ride.
Tags Gps
READ MORE 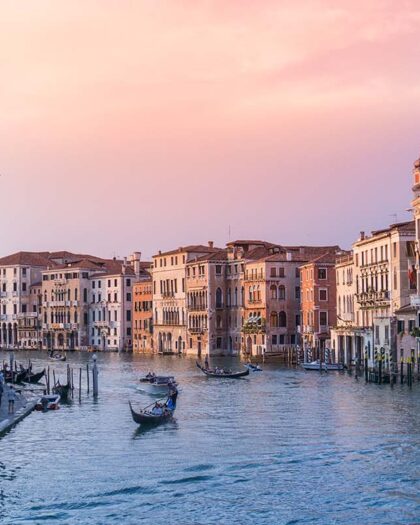 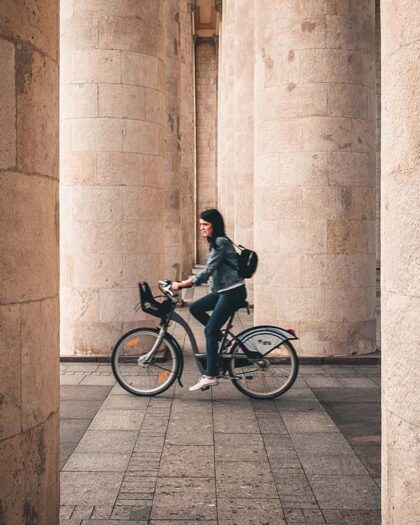